as with the work of eric stanton, a western counterpart, harukawa’s women occupy the dominant role. they are physically large and either stimulating themselves on the trapped or bound men, or they are aloof to the point of engaging in everyday activities while being stimulated, seemingly oblivious to their smaller, humiliated partners, who may or may not be forced to pleasure them.

it goes without saying that harukawa’s art is still considered somewhat shocking both in japan and the west. i’m curious to hear your reaction. 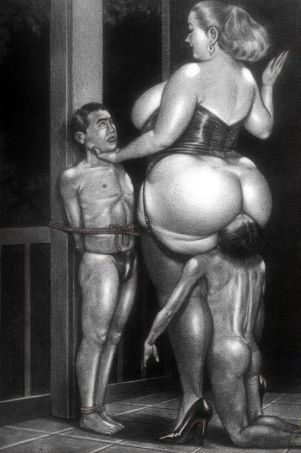 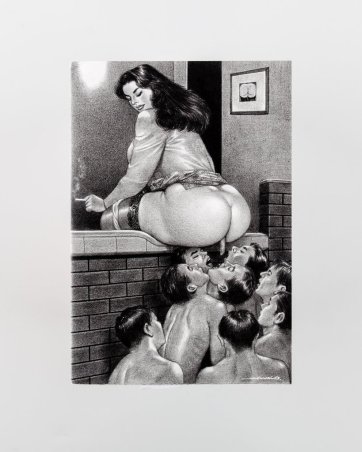 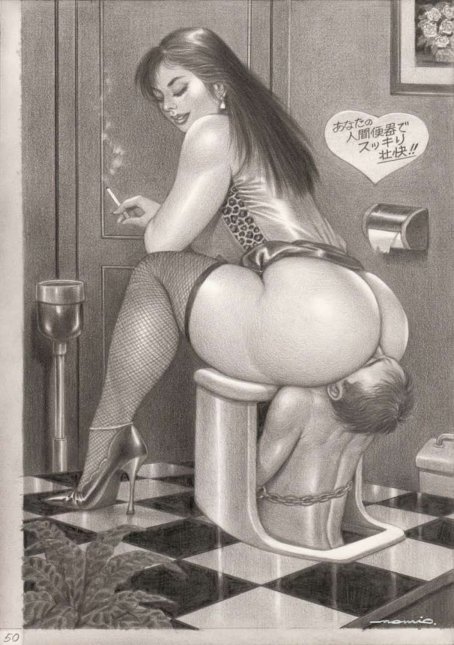 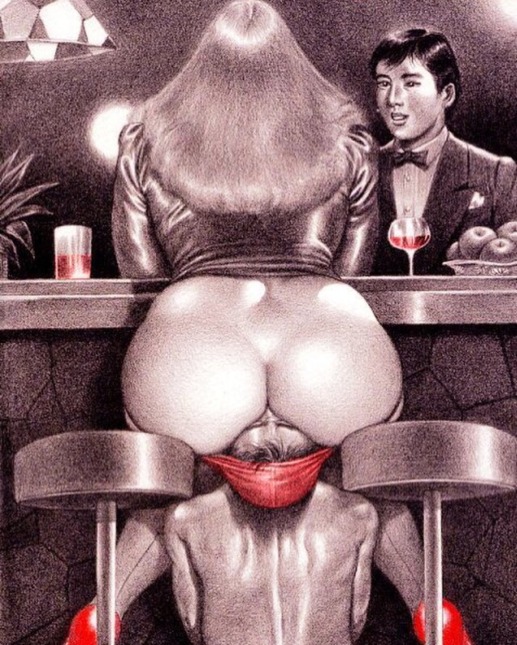